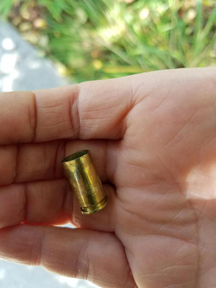 This morning, Sweetheart came in and sat at the at the edge of the bed.

“There’s coffee downstairs. And it happened after we went to bed last night, but there’s fresh hell,” he said.

I sat up. More quickly than I usually do first thing in the morning.

“Fifty people were killed and more than 200 were injured at a country music concert in Las Vegas,” he said. “A man on the 32nd floor of the Mandalay Bay Hotel had automatic weapons. He’s dead.”

Downstairs, Fox News was on. I listened to it while I made Sweetheart’s lunch. It was on when I kissed him goodbye and said what I always do when he leaves for work. (“Work safely and come home.”)

It’s still on as I am writing this. As of this moment, we know the guy’s name (Stephen Paddock – I’m gonna go out on a limb here and guess he’s white, because if he wasn’t, Fox and the other networks would be making sure to mention that every other minute). We know he was with a woman named Marilou, whose player card was found in the room and evidently she’s now being questioned.

We know there were multiple weapons in the room, that the windows at the hotel don’t open but that it was no biggie to shoot out a window as a prelude to mayhem.

Motive? What kind of sick piece of human offal takes out people listening to music? My first father-in-law Sidney used to say “You can’t judge irrational behavior by rational standards.”

But still, we look for reasons.

Okay. I look for reasons. Dude was born in 1953. Is he a Vietnam veteran? Did the Ken Burns documentary kick open some locked door in his psyche? I’m not blaming Ken Burns. I’m also not blaming guns.

I know how to shoot. I’m a good shot. I’ve owned guns and have thought about getting one. Because I know what I’m doing. But the idea of amassing an arsenal and heading off to kill as many people as I can in one go turns my stomach. (There are hunters in my family, but all I’ve ever killed with a gun is paper and clay pigeons. I have also wounded tin cans.)

The National Rifle Association, though? That’s another story. They’re as complicit as anyone for this. They’ve perverted the Second Amendment. Between lobbying to make sure that sensible gun legislation isn’t enacted, making it easy for people to pick up guns at gun shows and generally tarring anyone who doesn’t agree with them lock, stock and barrel as some sort of wussy liberal….They’re responsible for making it as easy for this man to do what he did.

News is now reporting that the shooter was “known” to Las Vegas police. Whose hands were probably tied in regard to his gun ownership. Thanks again, NRA and the legislators who support them. I’m sure you are all sleeping like babies. Because of your actions, more than 50 people won’t ever wake up again, more than 200 are in hospitals and countless others will startle awake, reliving the event via nightmare.

PS When a white guy shoots up a concert full of people, it’s an “aberration” and not “terrorism,” according to a Fox interviewee. I wonder what he’d say if Stephen Paddock’s name was Hassan Abeddin. (Sorry to anyone named Hassan Abeddin.)

2 thoughts on “NRA helps ‘lone wolf’ Las Vegas shooter kill, injure hundreds at concert: how is this ‘not terrorism?’”